WHY HE IS THE MAN FOR THE JOB (PART 1) ~ BY UMARU-MAINA, KIDAFFA 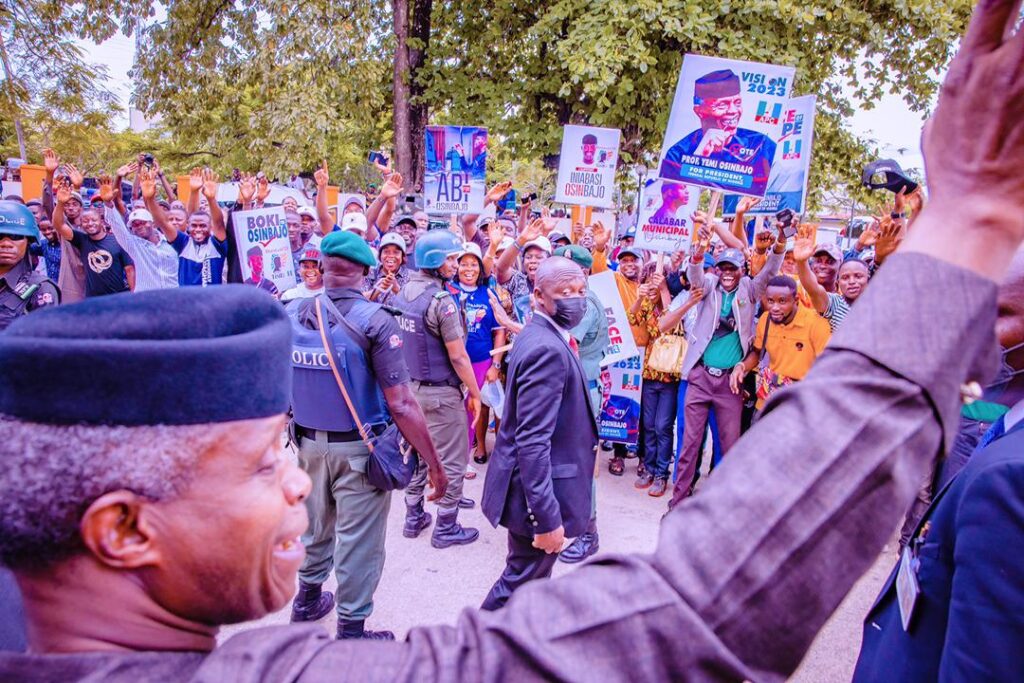 These are quite interesting times that we live in, with 2023 general elections right around the corner. These are the times of alliances, betrayals and speculations. As the election circle is gradually closing in, the media has recently been filled with various “Breaking News” of political activities within the country. Most political parties are done with their party Congress, producing individuals that will take the helm of affairs of the party, the selection for most of these political parties was done either through voting or an amicable consensus. Many non-partisan Nigerians watched and discussed this travesty, bearing in mind that the individuals brought forth by these political parties will more or less be a great influence on the people that will be on the ballot paper at the general elections.

While declaration for office is not a constitutional requirement, it is a medium for which aspirants officially inform their supporters and every other Nigerian about their intentions to run for office. In the past days, we have seen various individuals declare for the number one seat across the major political parties and this has been done in different interesting styles ranging from the ones who ran around a stadium to prove to Nigerians that they are in a perfect health condition, to those who went on Katampe rocks (perhaps simulating what it would be like to live in Aso Rock); some who created a semblance of crucifixion to indicate how they would die for Nigeria, and there were those who simply addressed the nation through national TV and their private Twitter accounts.

Compared to the 2019 election, this current cycle is witnessing a significant increase in the number of individuals vying for the number one position, especially in the ruling party and not even the ridiculous price of nomination forms serving as a form of deterrent; these prices range from 50 million to 100 million naira. This can be attributed to the fact that the current occupant of the seat is rounding off his final moments as constitutionally stipulated, and for the first time in a pretty long time, the incumbent cannot constitutionally run for office.

Intra-party politicking has since begun in full force and aspirants are going to different parts of the country, in a bid to build alliances with party delegates and convince them why they should be given the mandate to represent the party in the general elections. I am of the firm belief that this process is very crucial and sensitive, as Nigerians can only vote for the candidates who have been presented by their political parties. If all parties present incompetent people, Nigerians would have to deal with the consequences, and this is why I like to describe the delegates as people that do not only owe loyalty to their political parties but the whole of Nigerians. This only buttresses the importance of having intellectuals and professionals joining politics rather than leaving such a critical decision-making process to uninformed individuals who would exchange their votes for a morsel of bread.

At a time when the whole world is trying to recover from the effects of a global pandemic and uncertainties from the looming Russian-Ukraine war, Nigeria cannot afford to get her leadership wrong. The country more than ever needs a leader who is very decisive from an informed position, a leader whose intellectuality is well proven with distinctive track evidence. I do not think our next President should be a core politician or someone who thinks of the presidency as a fulfilment of long-term ambition, rather Nigeria needs a qualified technocrat who understands the challenges the country is going through and can hit the ground from day one. Indeed, these are not times for experiments or an opportunity for people that will need two to three years to figure out a bearing.

The forthcoming elections are going to be very crucial to our Nation as the choices that we will make can either move us forward or destroy us, this is why the need to choose a leader who has notable experience in a similar role with concise and visible results cannot be overemphasized. The next President must possess the quality of unifying the country to achieve greatness and not exploit our differences to distract us while looting our commonwealth.

Nigeria requires a saint and any aspirant seeking the Presidency of this country must be corrupt-free with no history of embezzlement, questionable wealth or pending cases with the anti-graft agencies, we need a leader who even before he/she is sworn in as President can declare their asset to the public without hesitation. While the work of a President is not akin to carrying blocks like a construction site technician, it is still a very mentally and physically demanding job. It involves a lot of travelling to interact with global leaders and also lots of local travelling to assess the situation of the country and follow up on directives. The era when the President is locked up in the comfort of the Villa and taken away from the reality of Nigerians needs to come to an end, our Nation needs an active president who would pay surprise visits to establishments to have a personal assessment of happenings in the country. We cannot as a country afford to have a President who would be in and out of the hospital while holding the destinies and welfare of over two hundred million Nigerians to ransom.

On Security, I would not say the leader must possess a military or paramilitary experience as that has proven to be of little or no impact but what is of utmost importance is the ability to take tough decisions and demand results from people who are paid and saddled with the responsibility of securing Nigerians, the leader must be able to have the guts to fire and replace anybody that does not provide the required result.

Among the aspirants who have so far indicated their interests in the highest office of the land, only one person stands out for me, a man of integrity with no corruption case whatsoever, a seasoned lawyer who has attained the peak of his professional career with admirable and unquestionable records, a strong man who can deliver a speech in Casablanca by 10:00 and by 15:00 he is in a market in Katsina interacting with traders before returning to his office in Abuja at 17:00 to treat pending files. A religious man who is just and fair to all tribes and faith, a man who has been tested and trusted while acting in a similar role and a man known for taking tough decisions. There is no other person that fits perfectly into this description than our quintessential and charismatic Vice-President Prof. Oluyemi Oluleke Osinbajo and I really hope his party sees beyond local politics and hand him over the ticket because Nigeria desperately needs his competence.