WE WILL FOCUS MORE ON IMPROVING SECURITY, ECONOMY, LIVES OF COMMON MAN, SAYS OSINBAJO IN BAUCHI 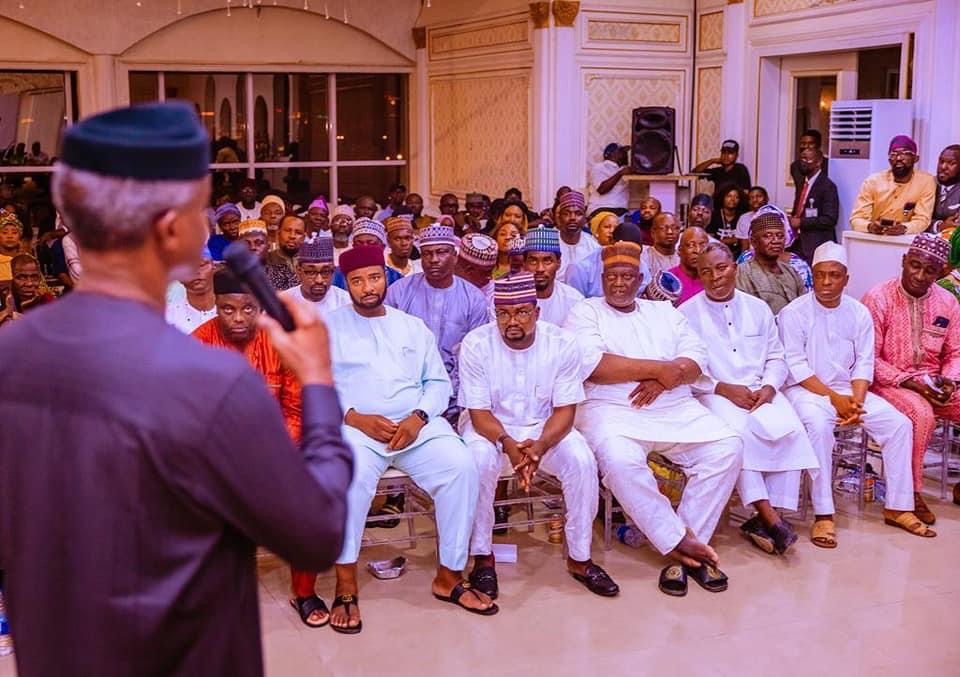 *If not (that I am an Emir), maybe I’d have asked His Excellency to make me his campaign coordinator for Bauchi – Emir to VP

Increasing opportunities for young people, providing lasting solutions to the country’s security challenges, improving the economy, and the lives of the common man are some of the reasons why Vice President Yemi Osinbajo, SAN, is in the 2023 presidential race.

The VP gave this indication yesterday in Bauchi State, in continuation of his engagements with stakeholders and delegates of the All Progressives Congress (APC) across states.

Citing global challenges, including the previous slump in crude oil prices that had led to a recession, the COVID-19 pandemic, and Russia-Ukraine war, the Prof. Osinbajo stated that “the economy is one that we have to pay constant attention to… And, of course, security, is also very important. These are issues that concerns us, which we are trying to deal with every day.”

Speaking on security during his interaction with the delegates, the VP said the focus of the Buhari administration is to enhance local capacity on arms and ammunition production, adding that Nigeria must build on current challenges to develop a robust system that is able to tackle all of the challenges on scale.

On sustaining positive growth in the economy, the VP said interventions that promote youth employment will be prioritized, especially the provision of necessary infrastructure.

In agriculture, he noted that if basic infrastructure is provided, farmers will record improvements in yield and improved living conditions for their families. He added that the Buhari administration has prioritised ramping up local fertiliser production to support the massive farming activities going on across the country.

Regarding the power sector, he said changing the grid structure, decentralizing the distribution network and reviewing existing regulations are some of the decisions that are being considered to overhaul the power sector for better result.

Similarly, in the education sector, the Vice President noted that leveraging technological innovation to improve teaching methods and curriculum will greatly impact the quality of education in the country.

Later, while speaking to the media at the end of his interaction with delegates, the Vice President said his meeting with the APC delegates have been fruitful.

“It is not enough to say, ‘support me’; I also want to get a sense of what they want and what they would like to see from a government and an incoming government.

“The interaction is usually quite an intensive one, where we have a back-and-forth, and questions are asked; I think it has been very fulfilling and satisfying,” he stated.

Earlier, the Vice President, on arrival at the Sir Abubakar Tafawa Balewa International Airport, Bauchi, proceeded to the Emir’s Palace to pay a courtesy call on the Emir of Bauchi, HRH Dr. Rilwan Suleiman Adamu.

Speaking at the Emir’s Palace, the Vice President buttressed the need to further unite the country, considering Nigeria’s diversity in religion and ethnicities. According to him, “we must treat everybody with fairness and justice.

“I believe that this is one of the reasons why it is vital, even in putting ourselves forward for the position of President of Nigeria, to bear in mind that the unity of this country is one of the important things,” he added.

Thanking the Emir for his hospitality, the VP recalled his 2019 visit to the State to flag off the Rural Electrification Project for Ningi/Warji Local Government Area of the state, and also commission the Shared Facility for soap and groundnut oil making clusters during the MSMEs Clinic in the State.

The VP said, “our concerns as a government have always been how to ensure that the common man is given a fair chance to be employed, to have a decent living, which is why several of the projects that we are undertaking have been to better the lots of the common man.

“But also, we have been concerned about young people, how we can improve, not just the quality of education of our young people, but the opportunities for young people to get jobs, to be employed and have a decent standard of living.”

While praying for fruitful and successful deliberations for VP’s engagements, the Emir of Bauchi said, “we believe that power belongs to God and He gives power to who he wishes to give.

“Your Excellency, we are not politicians and cannot participate in politics, but still, we advise wisely and prayerfully for whatever would be the success. If not (that I am an Emir), maybe I would have asked His Excellency to make me his campaign coordinator for Bauchi,” the Emir stated with a smile, while praying for fruitful deliberations for the VP.

Similarly, a foremost Islamic scholar and cleric in the state, Tijaniyya leader, Sheik Dahiru Usman Bauchi, expressed his support for the Vice President yesterday, while the VP was in the State.

“We are going to support you. I have been praying for you, and now that you are seeking this position, I will double it, and by the grace of God, it is also my wish that the next time you come here, it will be as President of the Federal Republic of Nigeria,” the cleric stated.

Senator Adamu Bulkachuwa from the State; former governor of Bauchi State, Mohammed Abdullahi Abubakar; and other dignitaries accompanied the Vice President on the visit.

On return from Bauchi, the Vice President also met with APC delegates in the FCT, Abuja, last night, taking questions from them on several national and political issues.