WE NEED LEADERS WHO DEEPLY CARE ABOUT THE COMMON MAN, SAYS OSINBAJO IN IBADAN 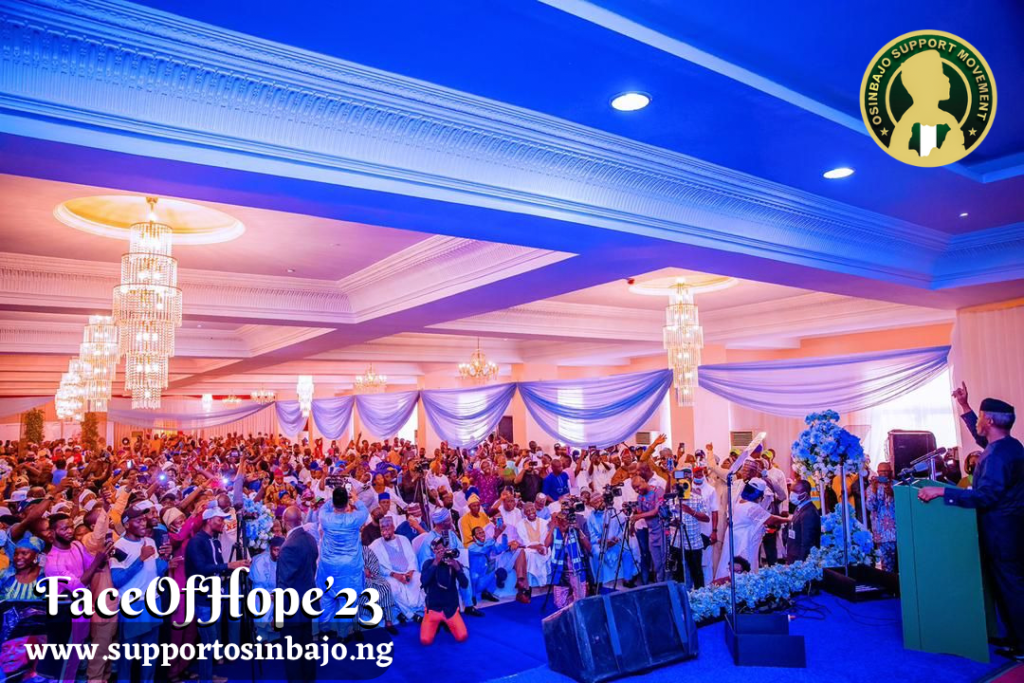 *VP adds: President Buhari gave me every opportunity to serve

*Olubadan to VP: In God’s name, you will be President of Nigeria

Nigeria needs leaders who deeply care about the common man and the progress of the nation, according to Vice President Yemi Osinbajo, SAN.

Prof. Osinbajo stated this today in Ibadan, Oyo State capital, when he paid a courtesy call at the palace of His Imperial Majesty, the Olubadan of Ibadan, Dr. Sen. Lekan Balogun Ali-Iwo Okunmade II, ahead of his interaction with APC Stakeholders in Oyo State.

On arrival in Ibadan, the Vice President received a rousing reception right from the airport and on the streets by excited residents and people in the State, who came out to welcome him.

Later the Vice President interacted with APC party leaders and delegates in Oyo State at an impressive event where his speech was often interrupted with singing as the audience kept bursting out in festive renditions of different political lyrics welcoming the VP’s emergence and expressions of support for him.

According to him, “in the 7 years that I have been involved, because the President considered it the right thing to do and, in his generosity, and openness, he gave me every opportunity to serve including sensitive international assignments.

“As you know, I also acted as President during certain periods when the President was away and everything I learnt as acting President has prepared me to run as President of our country.

“God doesn’t make mistakes. God is deliberate in everything He does and by giving me all of these opportunities to understand governance for myself at the highest level of our country, all of it was not just so that I can sit down and write a memoir, no, it was to come handy one day and I believe the time has come.

“I believe that the time has come and I have the responsibility to my country, to you, to all our children and the coming generations to give all of what I have learnt, everything I have learnt, all of the services to be able to give it to our country. To serve our country faithfully and honestly is my intention.

“One advantage I would have is that on day one, I can hit the ground running because I know what it takes.”

There were other speakers including Senator Teslim Folarin, Chief Niyi Akintola, SAN, Chief, Dr. Jacob Tilley-Gyado and the APC Chairman in Oyo State Hon. Isaac Ajiboye Omodewu who all expressed support for the Vice President’s aspiration. For instance, according to Akintola “when it comes to the candidacy of Prof. Yemi Osinbajo, there are no factions at all.”

Speaking earlier at the courtesy call on the Olubadan, the Vice President told him “I have followed you very closely. I think that one of the most important things is that the country needs people, those who have feelings for the common person. The views of the left of centre, people who deeply care about the common man.

According to the VP, the people of Ibadan are not only blessed with an intellectual but one who cares for the people.

“As the Olubadan, Your Royal Majesty, you are a great gift to the people of Ibadan and also to us as a nation. I pray that your years will be very long and that all the people of this great city, kingdom will feel the impact, and that they will all know that you are someone who cares about them,” he noted.

While informing him formally of his intention to run for President, the VP told the monarch that he also came to pay his respect.

“As you know, on April 11, 2022, I declared my intention to run for the presidency of our great land under the flag of our party, the great party, the All Progressives Congress. I did so while taking into account the fact that our country needs all of those who are willing to serve it to the best of their capacity and knowledge.

‘With great humility and sincerity, I come to your majesty, that after serving about seven years as Vice President, and also as acting, under our President, President Muhammadu Buhari, who truly gave me every opportunity; he opened up doors in a way that most deputies may not have experienced, and entrusting a lot to my care, including very sensitive positions.

“After all of that, I felt that it would be the right thing to do, to make that experience available to the people of our country. By the grace of God and the will of the people, if I am voted in as the President come 2023, I believe that there is so much to do. The desire of our hearts is that our country will be much greater and will be able to attain all of the great potentials of our people.”

Describing the monarch as a “father of all,” Prof. Osinbajo thanked the Monarch for the warm reception, noting that he will always covet the Olubadan’s “prayers and good wishes all the time.”

He added, “you can be sure that wherever I am and in whatever situation I am, I hold you in the highest esteem, I will always continuously support whatever it is that you want to do, either for yourself or the great people of Ibadan.”

In his remarks, the Olubadan described the Vice President as “a wonderful human being, a wonderful person,”

“Hopefully, in God’s name, you will be President of Nigeria,” he told the VP, adding that “may Allah grant you success on what you have in mind, may Allah support you. I can spend the next two hours just praying for you.”

Ibadan High Chiefs present also expressed their support for the Vice President’s aspirations declaring that “we are with you.”

The Vice President who travelled with a number of National Assembly members from Abuja was received by the Deputy Governor of Oyo State Engr. Rauf Olaniyan at the Ibadan airport. The Deputy Governor also joined the VP for the visit to the Olubadan.