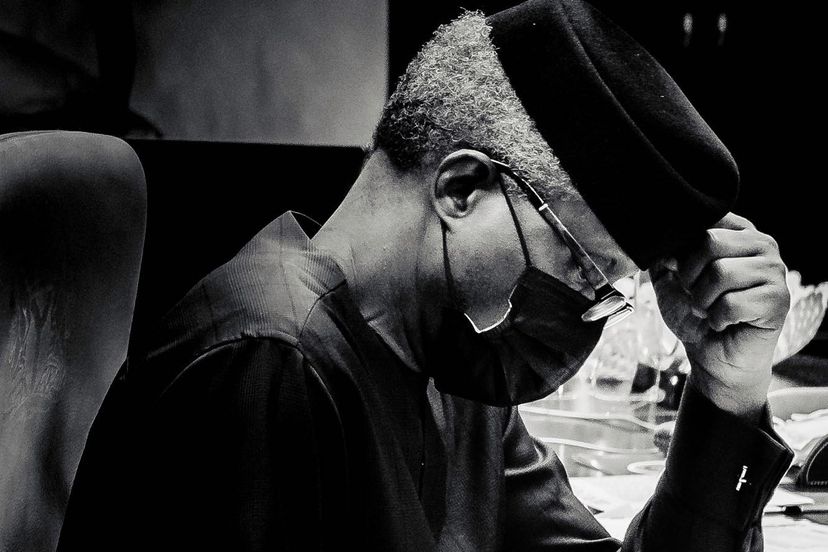 Nigerians displaced in the North-East who are still in Cameroon would be coming home soon as the Presidential Committee on the Repatriation, Returns and Resettlement of Displaced Persons in the North-East has ordered the immediate resumption of their repatriation.

Prior to the inauguration of the Presidential Committee, the National Commission For Refugees, Migrants, and IDPs (NCFRMI) in collaboration with other agencies had repatriated over 4000 displaced Nigerians from Cameroon before halting the operation.

There are thousands of Nigerian refugees in the neighboring countries of Chad, Niger and Cameroon who are due for repatriation to their homes in Nigeria.

Prof. Osinbajo directed that, while the Presidential Committee reviewed the report of the TWG, the Refugees Commission should without further delay resume the repatriation of displaced Nigerians from the Republic of Cameroon it had previously commenced.

The Vice President noted that the repatriation and resettlement of Nigerians displaced in Cameroon and other neighboring countries as a result of the insurgency in the North-East remains a priority, hence the Refugees Commission and other relevant agencies must ensure that the objective was achieved.

Speaking to State House Correspondents later, Governor Babagana Zulum of Borno State, who presented the report of the Technical Working Group at the meeting urged authorities to expedite the repatriation exercise and said “within the last few years, we have repatriated no fewer than 50, 000 people but we still have more than 200,000.’’

He looked forward to the presidential approval to facilitate funding and other logistics required for the re-establishment of the affected communities in Borno State, noting that “the security situation has greatly improved.”

President Muhammadu Buhari, had in February, inaugurated the Presidential Committee on the Repatriation, Returns and Resettlement of Displaced Persons in the North-East, designating the VP as the chair.

Also on Thursday, the Vice President received in audience at the Presidential Villa, a Canadian Member of Parliament, Mr Garrett Genuis.

In a related development, Vice President Yemi Osinbajo has reiterated the call for the use of Autogas in the country, noting that the commodity is a cheaper alternative to petrol, while observing that Nigeria is a bigger gas-producing nation compared to oil.

Prof. Osinbajo stated this when a delegation from the Road Transport Employers Association of Nigeria (RTEAN) paid him a courtesy visit at the Presidential Villa, Abuja, earlier in the week on Wednesday.

He commended the association, restating his support for the adoption of Autogas, asserting that “we have far more gas than oil. We are a bigger gas-producing country than we are an oil-producing country.”

While giving his remarks, the Deputy President of the Association, Mohammed Abubakar Bashara who led the delegation noted that as part of effort to create employment, revive the economy and migrate to cleaner energy, the association recently commissioned 2322 CNG/LNG buses which is economically beneficial for the country.

Also on Wednesday the Vice President Yemi said the National Livestock Transformation Plan (NLTP) approved by the National Economic Council provides the solution to cattle rustling in the country.

Prof. Osinbajo stated this while interacting with executive members of the Miyetti Allah Cattle Breeders Association of Nigeria, MACBAN, who were on a courtesy visit to the Presidential Villa.

The VP urged the Association “to play more active part in the effort to ensure the implementation of the National Livestock Plan and engage in more advocacy to enlighten its members about the programme as a way to douse the crisis in the country.”

In his remarks, the National Secretary of the association Baba Othman Ngelzarma, who spoke for the delegation said MACBAN welcomed and supported the NLTP. It would be recalled that the association was actively involved in the development of the plan by a Sub-Committee of the NEC, chaired by Ebonyi State Governor David Umahi.

The Association then solicited support of the Federal Government to protect its members, noting that more than 10,000 pastoralists have been killed as a result of cattle rustling, banditry, kidnapping and herder/farmer clashes.

In another meeting held virtually on Wednesday with representatives of the Diaspora Professionals for PYO, Prof. Osinbajo said Nigerians must not give up on the dream of a new Nigeria, offering new possibilities and greatness.

Expressing the firm belief in the country’s future, Prof. Osinbajo further noted that “I intend to stay very actively engaged in the politics of our country, because I believe strongly that, if God gives us that opportunity, the change will be swift and we will make a real difference. We must continue to push. If we give up and say let’s see how it goes, we will be much further back than where we started from.”

The Diaspora Professionals for PYO is a group that deployed efforts towards the aspiration of the VP to run for president under the APC platform. The members are accomplished Nigerian professionals across different fields of endeavours in countries across North America, Australia, and Europe, including US, Canada and the UK.