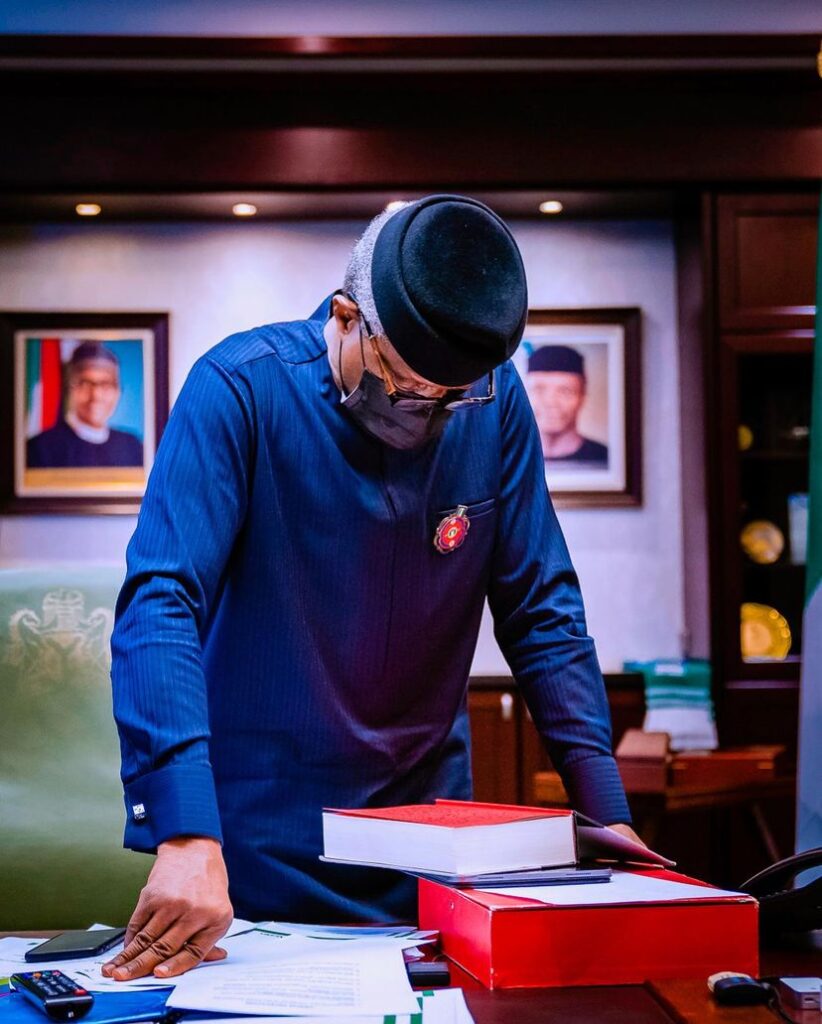 The Osinbajo Support Movement through the Convener, Mr Olawale Badmus expresses their delight in welcoming His Excellency, Vice President, Prof Yemi Osinbajo back to active duty after his successful leg surgery in Lagos State.

Recall that His Excellency, on July 16, 2022, announced his admission into Duchess Hospital, Lagos State where he was scheduled for leg a surgery as a result of recurring pain in his leg probably due to his consistent engagement in playing squash racket.

Ever since, the Office of the Vice President has kept the Nigerian public and partners across the globe abreast with his state of health following the successful surgery and recuperation processes.

Some weeks ago, the Vice President announced his discharge from the hospital to the delight of Nigerians and faithfuls across board extended greetings and best wishes to him.

In his usual patriotic zeal and love for country, he was engaging and carrying out responsibilities of his office as much as his recuperation procedures could allow.

He virtually received the NDA course 30 presentation on “Defence Transformation And National Security”, where he strongly opined that we need to be steps ahead of terrorists, bandits and beef up local production of arms.

He also represented Nigeria at the global virtual launch of the IMAGINE NIGERIA INITIATIVE implemented in collaboration with the UNDP.

He equally chaired the committee meeting on the eradication of open defecation by 2025, added to this, he virtually chaired the National Economic Council meeting where the board was commended for a remarkable performance.

All these and many more by a recuperating office holder is worthy of commendation by all well meaning Nigerians who understands the dynamics of patriotism and commitment to duty.

The OSM joined His Excellency’s family and friends, staff, federal executive cabinet members and of course Mr President to welcome the Vice President back to active duty and service to the nation.

Yesterday, Wednesday, August 24, 2022, the Vice President attended the weekly Federal Executive Council meeting physically in the Council Chambers of the Presidential Villa, Abuja. The meeting would be his first outdoor meeting and official duty as Vice President since his successful surgery and recuperation procedures.

We note with excitement that the Vice president has since shown the traits of full recovery by his recent engagements and activities in his line of duty.

We pray God continues to strengthen our Face of Hope, His Excellency Vice President, Prof Yemi Osinbajo in service of the nation, grant him sound health and continued grace.