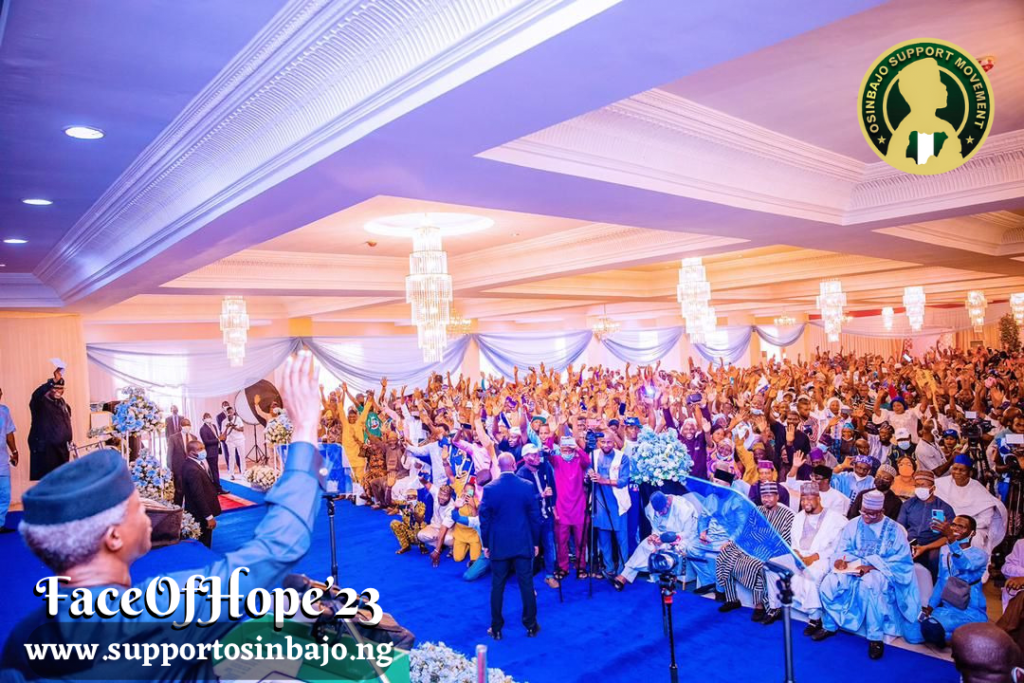 Today, Prof Yemi Osinbajo hit the ground running with the start of his consultation and engagement with delegates ahead of the party’s primary election. He was in Ibadan, the Capital of the Pace Setter State to meet the Oyo APC delegates, conveying his plans and visions, especially as it concerns the political elites.

At the occasion, the Vice President struggled to speak to the delegates, and highly enthusiastic audience who could not allow him say a word without accompanying chants, eulogies and praise songs. This is our consolation, that this man is widely accepted and loved across board.

Unfortunately, the elements of hate and innuendos are at it again, circulating a fake picture online, depicting the VP and his team shared money to delegates as souvenir. This is most unfortunate and embarrassing, especially when it come from those who we expect to think, reason and make truthful positions void of hate, lies and subterfuge. Whatever the agenda is, it is dead on arrival.

Having been in the knowledge that the picture is fake and cooked up, it cost them nothing to call a few delegates from Oyo state to confirm the contents of the package distributed. Alas, it was not a secret package, everyone could see and sight the content.

However, we at Osinbajo Support Movement (OSM) did not expect them to stoop so low, libelous and unreasonable under the guise of resenting a candidate exercising his constitutional right as a citizen of the Federal Republic of Nigeria.

We ask well-meaning Nigerians to ignore the visionless crew and their decendants. Maybe within or outside the APC, they do not represent the ideals of Progressives, humanhood and humane societal decorum.

OSM will continue to propagate the gospel of Osinbajo’s Presidency, see to it that he gets the APC ticket and maintain purpose-driven campaign, cool public engagement and healthy debates. We shall not be distracted. It Is Time.