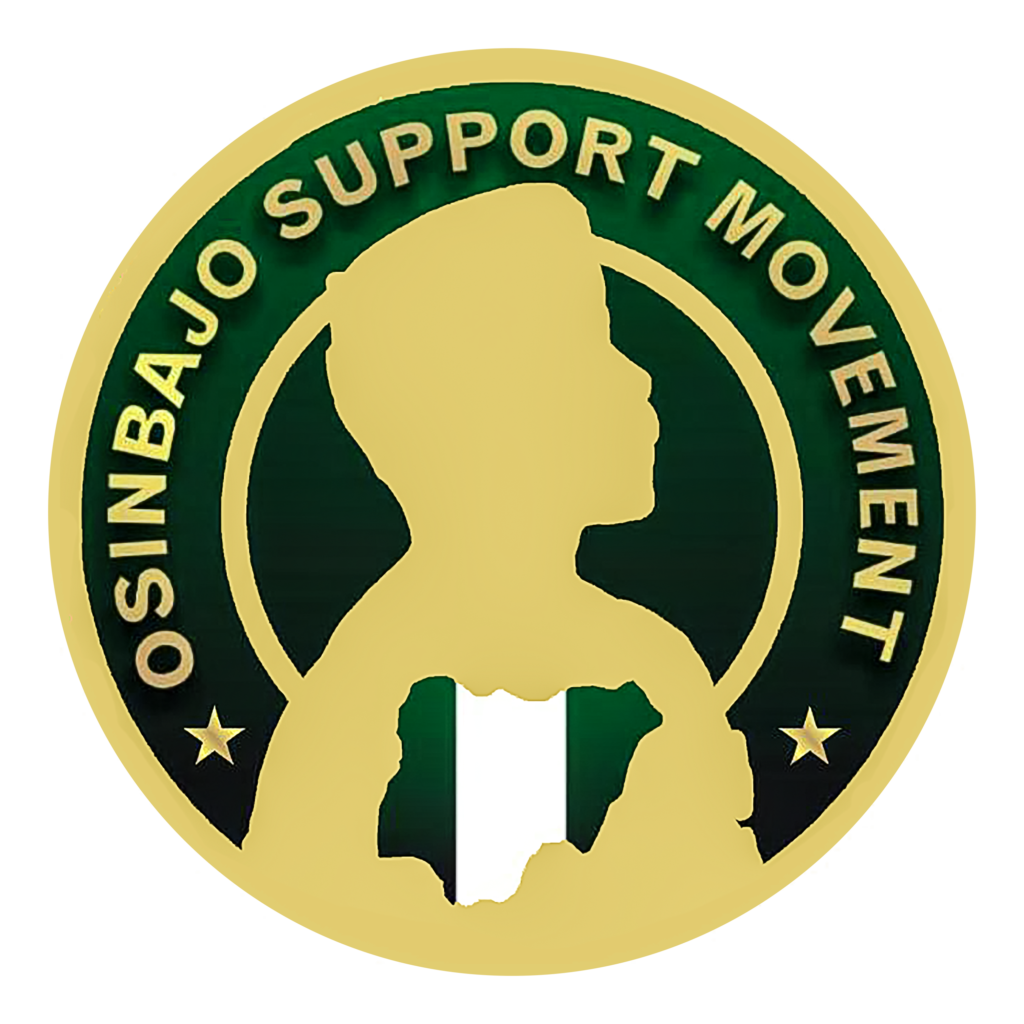 The Osinbajo Support Movement (OSM) has responded to a recently published report by Peoples Gazette attributing corruption and money laundering case to Prof Yemi Osinbajo and some persons, companies and legal firms.

The group National Coordinator, Mr Liberty Olawale Badmus in a statement made available to newsmen in Abuja stated that the report is false, calling it “a blatant lie and mischievous attempts to smear Prof Yemi Osinbajo’s name”.

The statement reads in parts;

“Our attention has again been drawn to malicious and false report orchestrated by one of the known headquarters of fake news in the country, Peoples Gazette, concerning unfounded claims on the person of the VP about some companies with links to corruption and money laundering allegations.

These allegation are as old as 2019 when it was first brewed by enemies of progress and morally distorted heads engaged in only perfidy and emptiness. It came to nothing then and it will still suffer the same fate today.”

“First, we wish to state unequivocally that Prof Yemi Osinbajo holds true to the character he is known for, his public reputation and personal integrity matters to him than riches, especially questionable riches. He will not for any reason collude with some persons to steal or launder money from public coffers. He is principled, upright, disciplined and honest.”

“Those attempting to paint him in inglorious colours through these allegations will need to try more and try harder. Peoples Gazette and its editorial team unfortunately represent a derailed and shameless media organisation, built on dishonesty and historically known for its fabrication of lies to discredit people, organisations, government and private bodies.

We believe they have specially configured hatred for anything progressive and developmental, moreso, when they can’t personally benefit from these.”

“We share a contention that we necessarily need not to lecture Peoples Gazette on ethics of journalism and the professional conducts attached. Stories that are not accompanied with facts, truths, verifiable details that can be corroborated are not worth publicising or publishing. This do not translate to speaking truth to power or serving as watchdog to government and her officials, it is simply irresponsible and uncouth.”

“However, it is imperative to advise Peoples Gazette and their co-travellers on the essence of “investigative journalism”.

Simply put, where are the documents to establish possible truths on what Peoples Gazette has published? How do we know which account is being called what name? What are the account numbers? All these were not answered or reflected in the mischievous publication. And most honestly, they are the factors to establish the truths, if any at all.

“It is instructive to assert that SimmonsCooper was never company secretary to Alpha Beta or Ocean Trust Limited. Corporate Affairs Commission (CAC) proved this on the available records with them. These are documented records that can not be altered. Again, Prof Yemi Osinbajo was no longer involved in the activities of SimmonsCooper as Peoples Gazette stated.”

“As well, SimmonsCooper Partners has never retained a physical or correspondent address at B5 Falomo Shopping Complex, South West Ikoyi, Victoria Island. This was an address Punch Newspaper quoted, lifted by Peoples Gazette to corroborate a nonexisting point.

Particularly, Punch Newspaper outrightly lied that it relied on CAC records for its report as the records at CAC were totally different from what they and Peoples Gazette quoted. A public search at CAC clearly unveil that Ocean Trust Limited has a subsisting company secretary that has been appointed since 2011. Punch Newspaper conveniently left this fact out of their publication to mislead the public and successfully advance her ulterior motive, the sole aim that engineered the publication in the first place.”

“For the purpose of clarity and public good, Alpha Beta’s former Managing Director, Mr Dapo Apara never mentioned SimmonsCooper or the Vice President, Prof Yemi Osinbajo in his petition submitted to the Economic and Financial Crime Commission (EFCC). It was Punch Newspaper and its editorials that manufactured the addition to cause unnecessary friction and public dent of Prof Yemi Osinbajo’s name. We wonder if this is part of journalism.

All these are enough to disregard a presumed but obviously shallow investigative work done by the Peoples Gazette and their accomplice in subterfuge, the Punch Newspaper.”

Mr Badmus equally stated that independent statements made by SimmonsCooper Partners and the EFCC is enough to vindicate the Vice President, Prof Osinbajo, but Peoples Gazette ignored and intentionally do not reckon with.

“If you take a cursory look at the responses from SimmonsCooper and EFCC on the subject, they already vindicated the Vice President. We are not surprised. Nigerians should just be wary of the kind of characters that occupy our media space, the same outlets they rely on daily on matters of truth and public interest on governance and state of the nation’s affairs. When persons who are meant to report with truths choose to do otherwise, we think the nation is in a worrying state.”

However, Osinbajo Support Movement will not cease to call out anyone, group of persons or vested interests that seek ill motivated satisfaction in the defamation of the Vice President’s person and reputation. They should be assured that we shall continue to make them uneasy, uncomfortable and miserable in their quest for mischief and foolish mendacity.”

“Prof Yemi Osinbajo is not their match, he is a distinct and exceptional public servant committed to the ideals of what he preaches, in character and deed.”