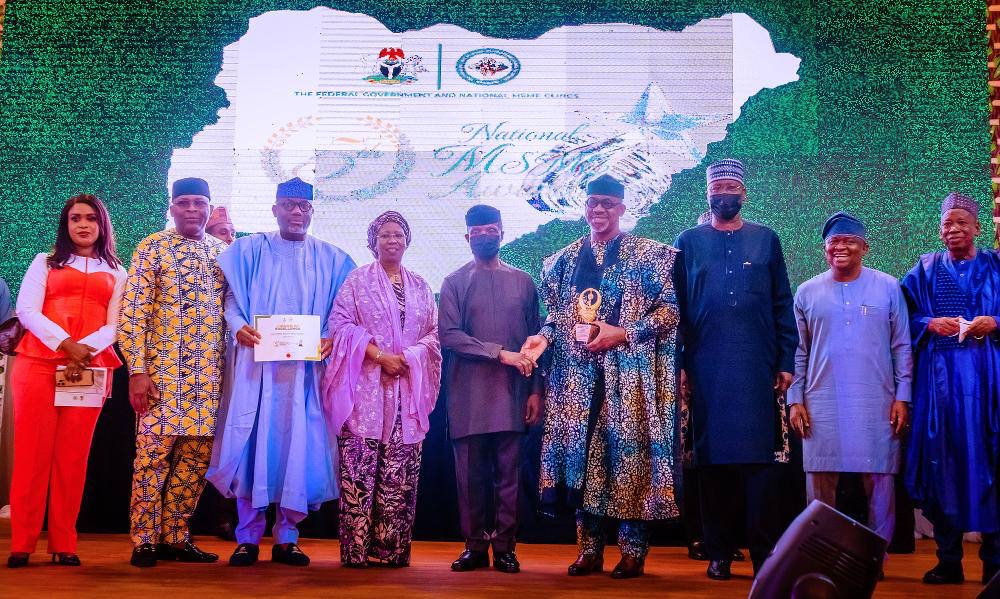 The relentless drive, energy and creativity of young Nigerians, is the guarantee that the country will prosper and provide jobs and opportunities for the millions of youths coming into the job market yearly, according to Vice President Yemi Osinbajo, SAN.

Praising the steadfastness and contributions of young entrepreneurs that won prizes at the event, the Vice President noted that “these MSMEs tell the story of our country’s great economic future.”

According to him, “we are set to manufacture our own vehicles, clean energy trucks and cars, and we are on course to manufacturing our own weapons, armoured mobile platforms and aircraft. We have all it takes.”

Making specific reference to prospects in the manufacturing and technology sectors, the Vice President noted: “I believe that MSMEs in technology and manufacturing especially in the clean energy or green economy deserve special mention. I am convinced that this sector will be crucial in global industrial development in the coming years and will leapfrog Nigeria to economic prosperity.”

The Vice President then commended some of the winners in particular.

His words: “The first is Thinkbikes Limited, the winner of the BOI Award for Excellence in Manufacturing founded by Tolulope Olukokun, which produces solar and battery-run bikes that can go up to 50 kilometres on a single charge.

“The second is Phoenix Renewables Ltd, the winner of the NITDA Award for Excellence in Innovation, founded by Mustapha Abubakar Gajibo. The company designs and builds electric and solar-powered cars, tricycles and also vehicle and engine parts.

“The vehicles are now deployed for public transportation in the Maiduguri metropolis. By April they had conveyed over 21,000 passengers. I had the singular pleasure of driving one of the electric cars when I visited the Phoenix Renewables stand at the Borno MSME Clinic.

The Vice President reiterated the commitment of the Federal Government to supporting small businesses by providing the enabling environment for them to thrive.

He said that the improvement in the value of prizes given to award winners from an initial one star prize car in 2018 for the MSME of the Year winner to 10 cars in all categories in 2022, “is to underscore the significant improvement that has been built between the private sector and the Federal Government over the years.”

“Other facilities are now being established in Gombe, Bauchi, Kebbi, Ebonyi, Delta, Nasarawa, Ekiti, Abia and Kano States,” he added.

Dignitaries at the event included the governors of Ogun and Kano States, Mr Dapo Abiodun and Dr. Abdullahi Ganduje; the deputy governors of Edo, Imo and Borno, Mr Philip Shuaibu, Mr Placid Njoku, and Alhaji Umar Kadafur, respectively. There were also members of the Federal Executive Council including the Secretary to the Government of the Federation, Mr. Boss Mustapha, the Minister of State Industry, Trade and Investment, Ambassador Mariam Katagum; and her counterpart in Budget and National Planning, Prince Clem Agba.

A number of heads of Federal Government agencies such as the Managing Director of the Bank of Industry, Mr Kayode Pitan; the Chairman of FIRS, Mr Muhammad Mani; Director-General of Standard Organization of Nigeria, Mr Farouk Salim; the Registrar-General of CAC, Alhaji Garba Abubakar; the Director-General of SMEDAN, Mr Olawale Fasanya; and the representatives of NEXIM Bank, Access Bank, Bank of Agriculture, NITDA were also present among others.