Osinbajo Most Fearless Champion Of Federalism In Nigeria, With Sagacity Of A True Leader — Sen. Adeyeye 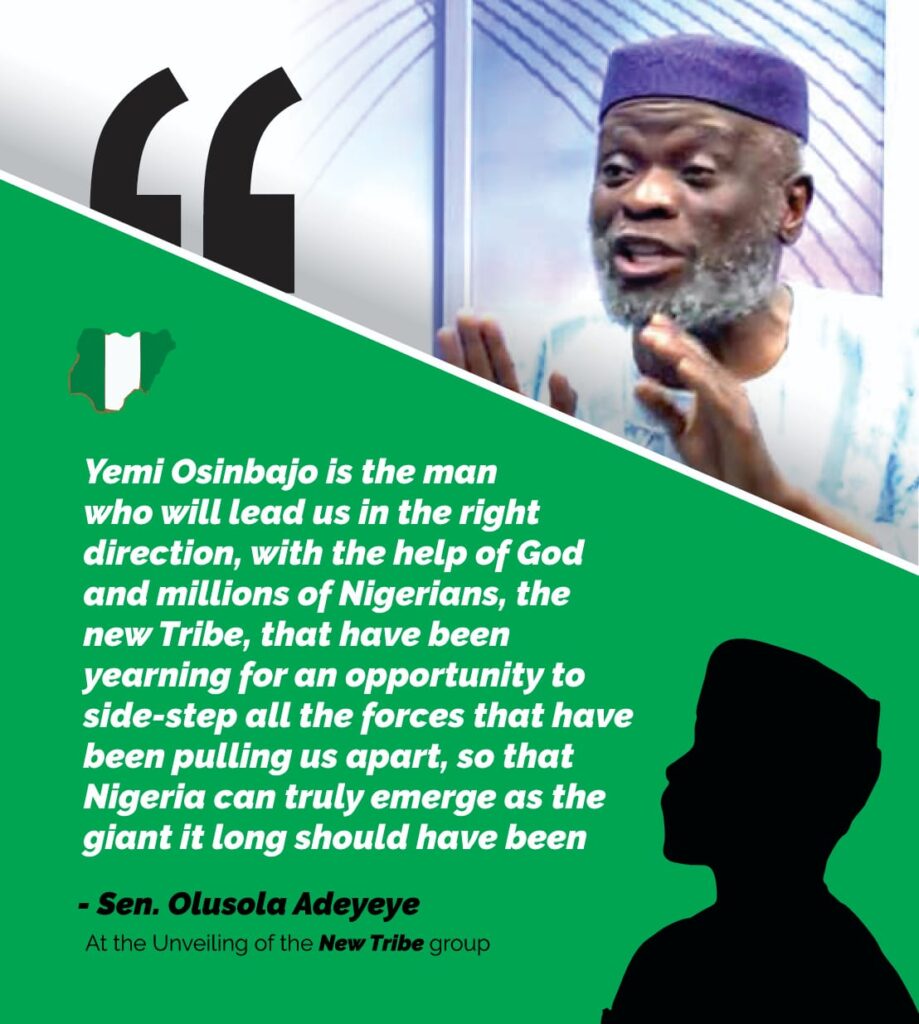 Going by his impeccable record and antecedent as Lagos State Attorney General and now as Vice President of the country, Prof. Yemi Osinbajo is unarguably the most fearless champion of federalism in Nigeria, according to Prof. (Sen.) Sola Adeyeye.

Sen. Adeyeye who represents Osun Central at the National Assembly stated this in a chat with the press recently and reported by Daily Independent.

Adeyeye who is himself an outspoken advocate of restructuring and a man of conscience, explained that Prof. Osinbajo has over the years, through actions and comments, demonstrated his commitment to the ideals of true federalism.

Justifying his stand about the VP, the Senator said “if you are talking of the success of Tinubu, you will remember that six times, Tinubu took the federal government to court, six times he won.

“The brain behind that victory was Yemi Osinbajo. Osinbajo has been the most fearless champion of federalism in this country.”

“Every time that Buhari had to travel and Osinbajo steps in, things have run very smoothly. He has the temperament, intellect, sagacity, capacity and dexterity required of a true leader,” he added.

Continuing, Sen. Adeyeye said “he did not become Vice President by accident. Actually, I was in Asokoro on the night that Osinbajo’s name was submitted as running mate to President Buhari who was our candidate then.”

“It was the nomination of Tinubu, let’s be honest about that. What did Tinubu see that made him nominate Osinbajo?

“He must have seen a trait that is unique, singular and presidential because when you are Vice President, you are just one breadth away from the presidency,” he explained.

Speaking further about the contributions of Prof. Osinbajo to the advancement of Lagos State during the administration of Tinubu as Governor, he said “if you look at the record of both of them, the truth is, they are most impressive characters. Tinubu is a most impressive politician.

“Within eight years as governor, Tinubu made a geometric increase in the generation of Lagos State. In doing so, he assembled a cadre of talents that those who admired him have continued to tout everywhere.

“Among those talents, probably the very best of them include Babatunde Fashola and Vice President Yemi Osinbajo. If any of those three men become the president of Nigeria, we will be a lucky country.”

The senator however prayed that the APC would make the right choice for the candidate of the party, and noted that “in trying to canvass for one person, we will not try to degrade the other person. It is very wrong to do that and I will not be a party to that.”