FROM BUHARI TO OSINBAJO: SUCCESSION AS TRANSFORMATION, BY CHUKUMA UZOEGBU 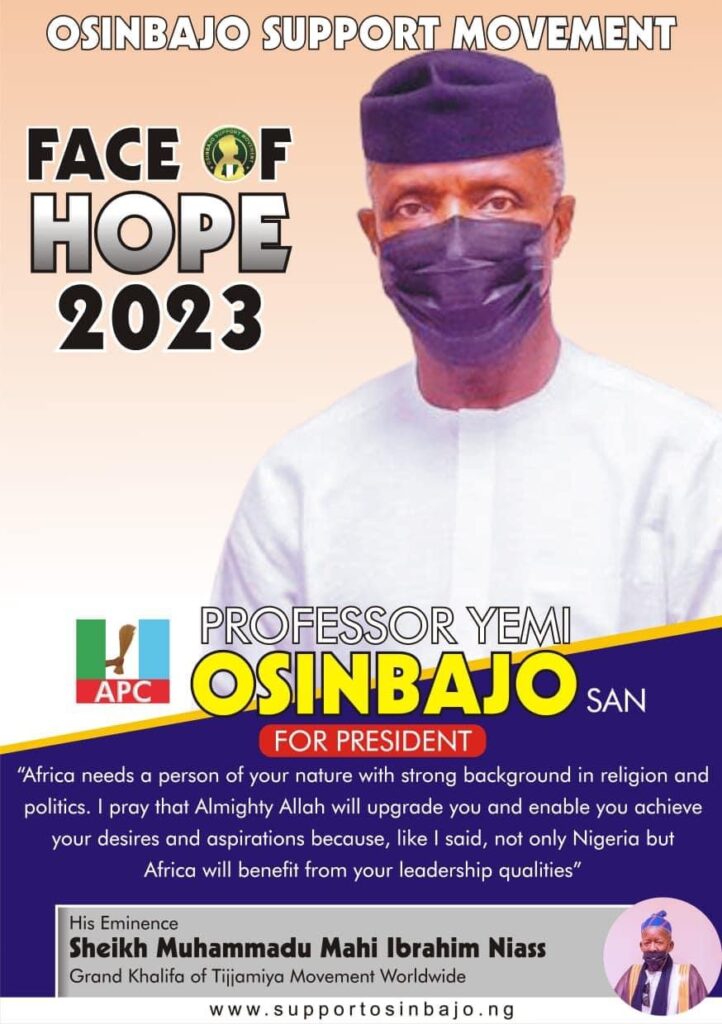 We must look beyond the pervasive partisanship of this moment to find the essence of the impending power transition in the ruling party. The strength of the Buhari presidency in the last seven years has been the complementary character of the two principal players. President Buhari is the undisputed populist leader. He came with the myth of a no nonsense military leader who exhibited discipline and an intolerance for corruption.

But he was also a conservative northern Muslim whose political orientation can best be described as ‘old school’. He has retained a nostalgia for the old Nigeria in which groundnut pyramids, cattle grazing routes and peaceful pastoral villages were the essence of order and prosperity across Nigeria. No one can deny the president the right to long and work for a restoration of a peaceful orderly and prosperous nation.

In his deputy and Vice President, Yemi Osinbajo, however, Nigeria saw the glimmer of a new nation that catered to the longings of a whole new generation. These are the Nigerians born in the euphoria and expectations of independence. A good number of them and those after them can be described as the bulk of a bulging youth generation. Their world is new and modern. They are impatient for results. They detest excessive bureaucracy and instead want results almost instantly. A certain sense of perennial motion and innovation defines their approach to the world.

Armed with the best tools of the information age and the power of new ideas in a world of shared global knowledge and instant results, the younger generation of Nigerians looked to the presidency for guidance and someone that reflected their aspirations and the spirit of their age. They saw Vice President Yemi Osinbajo.

As Vice President, Yemi Osinbajo came armed with a certain modernist orientation conditioned by his intellectual grounding. He populated his office with a collection of youthful Nigerians armed with the latest ideas and the tools of information technology. Their immediate assignments were the social alleviation challenges confronting the country. Fast capital needed to be found for the petty and medium scale entrepreneurs in the nation’s informal sector. Cash transfers needed to reach the poor and needy, those who could not find the next meal or buy the urgent primary medication. The vice president and his staff found IT -driven solutions to these problems and delivered them seamlessly in a manner that caught the attention and admiration of the larger Nigerian public. Nigerians are desirous to be part of the modern world while maintaining security and stability.

The meaning of the Osinbajo presence in the presidency has been to complement the president. Unlike some previous deputies, Osinbajo has never come in competition with the clear powers of his principal. In a sense, those who have looked forward to a transitional and transformative successor to Buhari have naturally looked in the direction of Yemi Osinbajo. In the brief moments that he acted for the president in office, he showed the promise of an able deputy who would have no problems stepping into the shoes of his biss.

Osinbajo has carefully and seamlessly navigate the challenge of his office and position: how to be an effective political deputy without being overtly political in an activist sense. Although a card carrying APC man, the quorum of his party’s power moguls is likely to be complete without him in attendance. Yet, the elite of his party recognise him as the engine of the government’s technocracy and the face and voice of an enlightened Nigerian leadership.

Ordinarily, his pairing with Mr. Buhari was an ideal balancing act. It is not just in the familiar Moslem/Christian or  North/South bipolarity of their ticket. Those are good and almost axiomatic. But in terms of effective governance, the pairing is a fitting and realistic mix for the Buhari presidency. While Mr. Buhari brought   his cultic mostly Northern Muslim mob followership to garner the votes, Mr. Osinbajo came along with a Christian Pentecostal followership, a South Western cheer leading crowd and an intellectual depth that no government in today’s world can afford to do without.

For all his permissible flaws, President Buhari remains a symbol of power, authority and even some  moral strength to many Nigerians. But yet, most young Nigerians see him as something of the old school conservatism that his generation has embodied.  Buhari would not ordinarily don a pair of jeans and sneakers or snap open a laptop and spring up solution at the flick of a mouse.

On the contrary, Osinbajo is the face of contemporary Nigerian modernity, He has been on hand to spew statistics to justify a policy. He is an effective link between the ancient and the subsequent generations ‘X’ and ‘Y’.  In this regard, Osinbajo matches his opposite numbers elsewhere in the world in rhetoric, logic and erudition.

In sum, the Buhari presidency is an admirable duality of ancient and modern fused into one institution of national unity. In terms of method, the  Buhari presidency is a fusion of the old school military starchiness and the liberal flexibility that the politics and economy of modern Nigeria requires. Here is a fitting marriage between the orthodox and the avant-garde.

Most importantly, Mr. Osinbajo has brought to bear on his duties an unmistakeable stamp of efficiency, forthrightness and dexterity. His contributions to national service and governance have imbued hope in many Nigerians. On the few occasions when the president has been unavoidably absent for long periods at a time, Mr. Osinbajo has stepped in to hold the fort for his boss. Remarkably, Mr. Osinbajo used these windows to demonstrate his dexterity and competence in terms of policies and directives.

His memorable visit to the Lagos international airport left indelible marks and changes that took away most of the silly bottlenecks that helped militate against the ease of entry and exit thereby improving the nation’s image at major gateways. When the former Director General of the DSS drafted hooded goons to overrun the National Assembly, Mr. Osinbajo as Acting President ended the dangerous standoff and fired the errant security chief. The Nigerian public hailed the quality and swiftness of that quintessential leadership action.

In moments of grave national anxiety, the President has deployed Mr. Osinbajo’s formidable powers of conciliation, constructive engagement and fair minded patriotism to national advantage. At the height of renewed insurgency in the Niger Delta, the president pressed Osinbajo into service in negotiations with various militant groups leading to the stability that currently reigns in the area. Similarly, in the wake of the IPOB crisis in the South East and the spontaneous eruption of incendiary hate speech all over the country, Osinbajo was on hand in Enugu, Onitsha and Aba to assuage feelings and calm nerves with reassuring personal reminiscences. In Benue and Plateau as well as in the North East, Osinbajo has embarked on the same ‘diplomacy of healing’ and unity on behalf of the president to great national advantage.

Now that we are in the political succession hour, there is a sense in which the attributes of the Vice President correspond with what Nigerians are yearning for. He does not need to earn hw o be president. He has shown surefootedness on the job and acted with presidential decisiveness and decorum when he acted for Buhari. In terms of the generational challenge, Osinbajo is the credible bridge between the old school and the youth bulge. He understands the perspectives and needs of both. Above all, he is at home with all sections of the country with a calming personality that can only united Nigerians of all creeds, classes, tongues and persuasions.

Above everything else, he has the enlightenment to transcend the bipartisan divide and arrive at policy decisions that will advance the national consensus.