EVERY CHILD COUNTS, WE MUST INVEST IN OUR CHILDREN TO GUARANTEE SECURITY, PROSPERITY – OSINBAJO 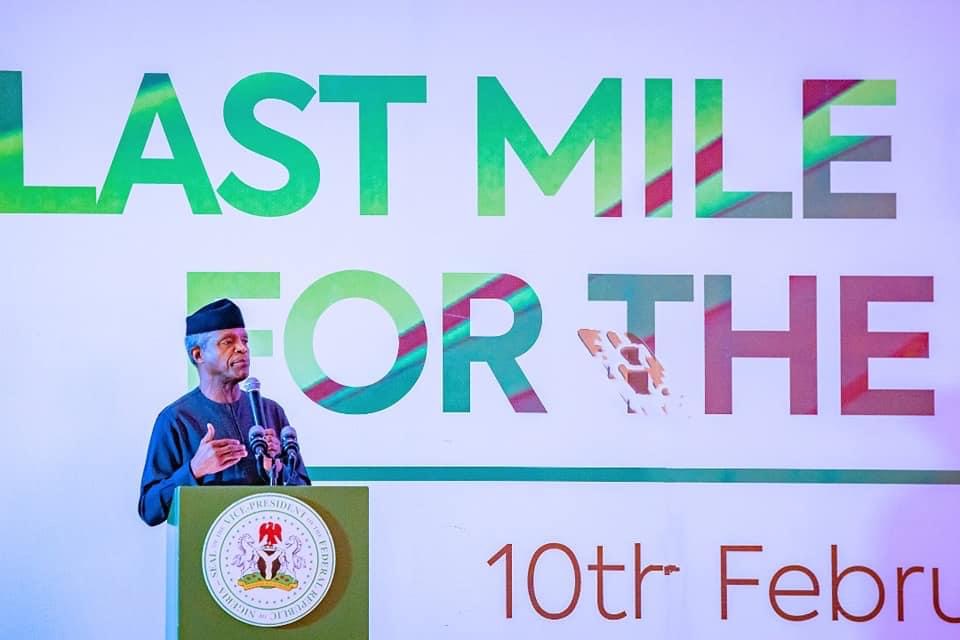 The only way to guarantee the long-term peace and prosperity of our communities is to invest in our children by providing opportunities for them to thrive and be productive within their chosen paths, thereby giving them hope for a better future.

These were the words of Vice President Yemi Osinbajo, SAN, on Thursday during the Stakeholders Summit of the At-Risk Children Programme, ARC-P, at the Statehouse Banquet Hall, Abuja.

Prof. Osinbajo noted that the Federal Government has taken a multi-dimensional approach in addressing the challenges faced by the vulnerable in society, especially children and young people, nationwide, with various intervention programmes.

These include the National Poverty Reduction with Growth Strategy Committee, which was inaugurated by President Muhammadu Buhari with the objective of lifting 100 million Nigerians out of poverty in 10 years. The At-Risk-Children Programme (ARC-P), domiciled in the Office of the Vice President, is one of the initiatives of the Committee.

Speaking at the event themed ‘Last Mile interventions for the Vulnerable’, Prof. Osinbajo noted that the Programme “is the beginning of a journey to give succour and hope to millions of vulnerable young people.”

“The ARC-P is an important component of the variety of government interventions designed to complement and support existing initiatives of the Buhari administration in dealing with the problems of vulnerable children and young people,” the VP said.

Prof. Osinbajo noted that the central purpose of the At-Risk Children Programme is the idea that every Nigerian child counts, noting that the ARC – P “is aimed at giving a new lease of life to millions of children, who, through no fault of theirs, have found themselves without hope or support.”

“A nation will be measured ultimately by how it treats its most vulnerable citizens. We recognize that we cannot make progress as a people, while a significant population of our children – those to whom the future belongs – are left on the margins of society, deprived of the opportunity to discover and fulfill their potential,” he stated.

The VP added that the Programme “will provide a safe space for the mentoring and training of these children, with a specific emphasis on basic literacy and numeracy, health and nutrition, entrepreneurial skills, digital skills, sports and life-skills, among other skills.”

Highlighting other intervention programmes by the Buhari administration, the VP said: “In 2019, the President made two crucial policy statements. The first was the plan of government to lift a hundred million Nigerians out of poverty within a decade. The second was the strict enforcement of the laws on free and compulsory education for all children at the primary level. The President emphasized that it is a criminal offence in Nigeria to fail or refuse to implement the law.

“In the same year, the Federal Ministry of Humanitarian Affairs, Disaster Management and Social Development was established to implement the highly successful Social Investment Programmes of the government, aside from responsibilities for humanitarian, safety and disaster management.

“In 2016, the Rule of Law Advisory Team was established in the presidency. One of the team’s main tasks was to ensure that, following the Violence Against Persons Prohibition Act, there is an effective coordination of responses to cases of Sexual and Gender-Based Violence (SGBV). Since then, the team has supported the establishment of SGBV Response Teams across the country.”

Aside from the multi-dimensional approach of the Federal Government in addressing these concerns, Prof. Osinbajo called for a holistic collaboration by Government at all levels, Federal, State and Local, to produce more impact; especially since primary, secondary education and healthcare are constitutionally state functions.

The ARC-P, which has kicked off in five pilot States, Borno, Sokoto, Gombe, Kaduna and Ekiti, is also focused on training young, educated but unemployed youths from each of the Local Government Areas (LGA) on basic skills.

These diverse skills, including basic literacy and numeracy, entrepreneurship, financial literacy, vocations, agriculture, sports, life skills, digital skills – are expected to either prepare the target beneficiaries (children of primary age) for school or to enrol the older ones into cooperatives, for the purposes of pursuing their preferred vocations.

Commending the Special Adviser to the President on Social Investment Programmes, and the coordinator of the ARC-Programme, Hajiya Maryam Uwais, and her team, for their passion, hard work and commitment to the project, the Vice President also acknowledged and thanked State Governors of the pilot States.

He also acknowledged development partners, the private sector, civil society, that have identified with ARC-P in what he described as a “renewed effort to positively change the fortunes of youths and children At-Risk across the country.”

The VP further stated that “Local Government Authorities, as well as our religious and traditional institutions, have also been instrumental to the successful take off of the At-Risk-Children Programme.”

“We particularly commend the governors of the pilot states, Borno, Sokoto, Gombe, Kaduna and Ekiti, as well as other State Executives that have indicated interest in joining this multi-stakeholder effort geared towards restoring hope to millions of marginalized young Nigerian citizens all over the country.”

Prof. Osinbajo urged that all efforts by stakeholders across the different levels of government and society “must be aligned to work in tandem, especially because they need to be addressed in a manner that also engages with other deprivations around health and empowerment.”

Present at the event were State Governors: Dr. Kayode Fayemi, Ekiti; Engr. Abdullahi Sule, Nasarawa; and Muhammadu Yahaya, Gombe. There were also members of the Federal Executive Council, federal legislators, heads of MDAs, members of the Diplomatic Corps, development partners, among others.