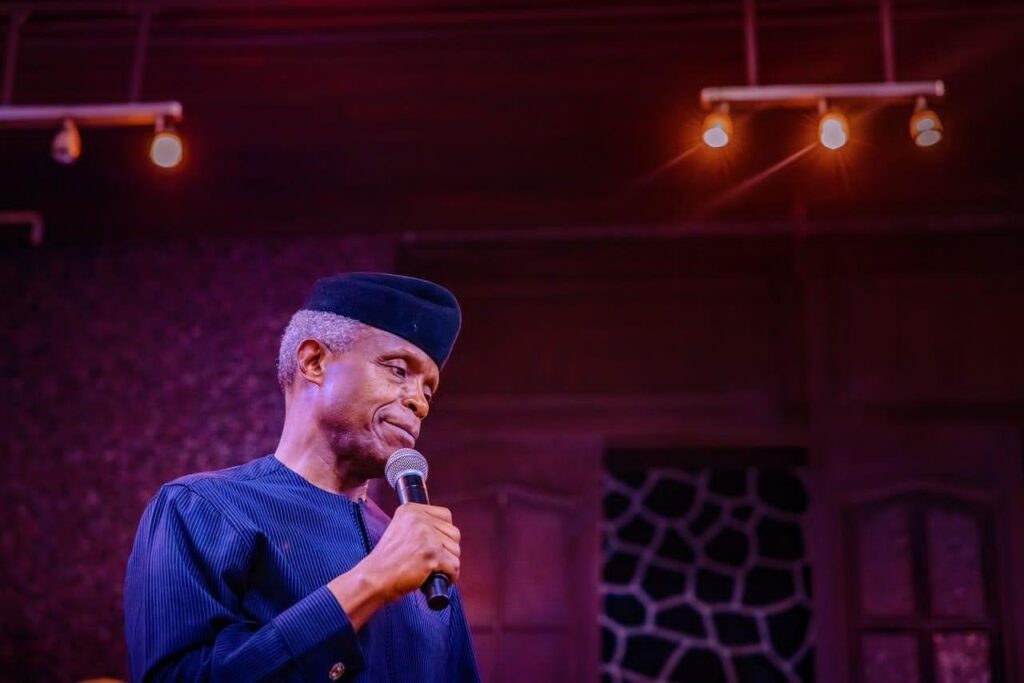 With his visits to Benue and Lagos States yesterday, Vice President Yemi Osinbajo, SAN, has now concluded his engaging interactive sessions with stakeholders and delegates of the ruling All Progressives Congress, APC in all the 36 States and the FCT, Abuja.

The Vice President had declared his intention to contest the 2023 presidential election under the platform of the APC on Monday, April 11, in a televised and online broadcast which went viral on traditional, digital and social media platforms, with scores of millions at home and abroad welcoming the VP’s presidential declaration.

“I believe that the very reason why the Almighty God gave me these experiences, these insights, and these opportunities, is that they must be put to the use of our country and its great people,” the VP had stated in his declaration speech.

The Vice President then began the interactive sessions with the delegates in Ibadan, Oyo State, on Friday, April 22.

At every of those interactions with stakeholders and delegates from the 36 States and the FCT, Prof. Osinbajo had robust question-and-answer sessions while also discussing and exchanging ideas.

At the end of each interactive session, the VP took time to personally share moments with all the delegates and stakeholders while taking photographs with every one of them individually.

During the visits across the country, he also paid courtesy calls at the palaces of traditional rulers, meeting with many of the Traditional Council in the respective States.

The APC Special Convention for the presidential primaries comes up on Sunday May 29, 2022.